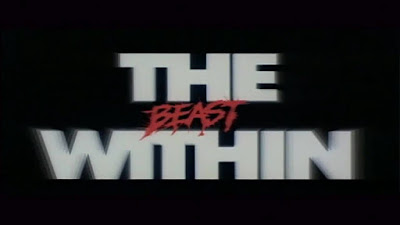 “The sins of the father are to be laid upon the children”
–William Shakespeare, “The Merchant of Venice”
I think we can all agree that being a teenager absolutely sucks. My teenage years were some of the worst of my life, and I think that’s a pretty common sentiment. Teenagers have a lot going on: their hormones are raging, their peers are especially petty and cruel, and sometimes it feels like authority figures are against them every step of the way. But some teenagers’ experiences are uniquely nightmarish. In the case of 17-year-old Michael Mc Cleary (portrayed by Paul Clemens), he’s not just becoming an adult. He’s becoming something monstrous. Something inhuman… 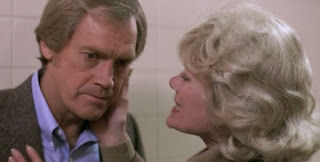 Right out of the gate, “The Beast Within” grabs you. It opens with a newlywed couple getting stranded on a creepy backwoods road in the middle of the night. Meanwhile, we see, through a series of point of view shots, that something has broken free of its chains, and escaped from its basement prison. When the groom, Eli (played by Ronny Cox, of “Robocop” fame) goes for help, his poor bride Caroline (played by Bibi Besch) is attacked and raped by a hairy, heavy-breathing, subhuman thing, which then disappears into the woods.
We fast forward seventeen years: Caroline’s infirm son, Michael, is under the care of doctors, who are trying to identify his mysterious illness; No matter what the professionals do, Michael just keeps getting sicker and weaker. We also see that Michael is having terrifying dreams as he lies in his hospital bed: Dreams about a decrepit, abandoned house, and something terrible in the basement … Something calling to him. 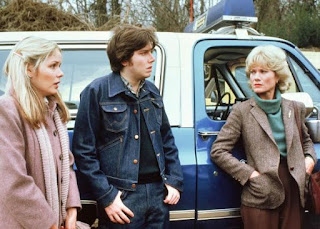 Eli and Caroline are convinced that Caroline’s attacker is their son’s real father, and finding out his identity and medical history might help save Michael. They return to the small Mississippi town where the incident happened to get some answers, and are confronted by a group of locals desperate to keep them from learning anything about the vicious murder of a man named Lionel Curwin, that happened the very same night Caroline was attacked. There is apparently a very big, very bad secret the townsfolk don’t want Eli and Caroline to know about.
Meanwhile, Michael somehow escapes from the hospital and, like a man possessed, proceeds to go on a vicious killing spree, even partially eating his victims. He’s on a mission of murder, directed by the thing in the basement from his nightmares. And that’s not all. Michael’s changing. He’s growing strange plates under his skin, like some kind of insect. Like a cicada.
Sound confusing? It is a bit confusing, because a lot of back story was cut from the script, but I think the ambiguity of some of the plot points makes “The Beast Within” even creepier and scarier. As author H.P. Lovecraft pointed out, “…the oldest and strongest kind of fear is fear of the unknown.” To be confronted with all this horror and not fully understand it, in my opinion, makes it even more effective.

“The Beast Within” was intended by its screenwriter Tom Holland to be a potent combination of a possession and monster movie, and I think he succeeded pretty well. We get the thrills and chills of watching a formerly innocent kid behaving in a demonic manner, like Reagan in “The Exorcist.” We also get nasty makeup and gore effects by Thomas R. Burman, including a pretty interesting transformation sequence that’s like something out of a werewolf movie. In addition to good writing and effects, “The Beast Within” sports authentic Southern atmosphere and locations, an intense music score by Les Baxter, solid direction by Phillippe Mora, and winning performances all around. This is an unusual fright film that is well worth seeing. 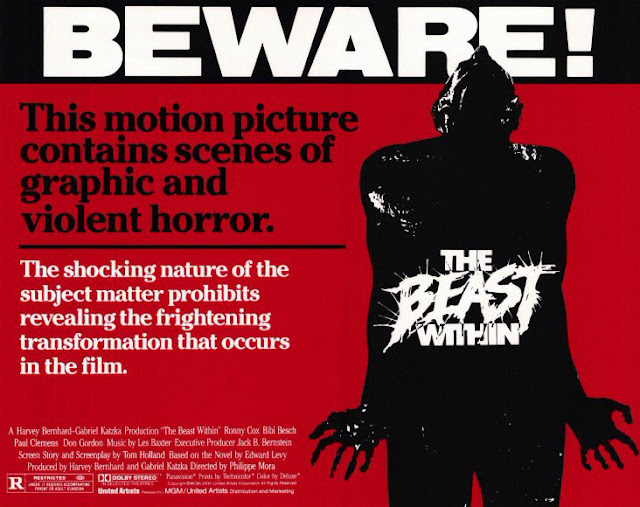