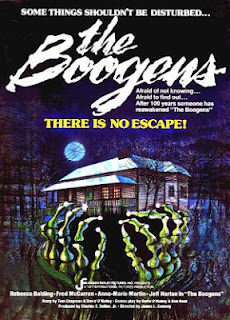 In a small town near Denver, two young men begin to explore a long-abandoned old mine recently re-opened by a group of minors. When one the men is discovered missing, his friends begin a search that leads them to horrifying consequences. They're all unaware of the evil that's been unleashed and soon, one by one, a monster that no one has seen snatches up the townspeople. Suddenly, the grisly truth is revealed and a young couple is forced to confront the unknown in order to save their lives... and the entire town. Directed by James L. Conway (Hanger 18).
Some believe that "The Boogens" is an actual term once used by miners to describe the fear some would experience while spending too much time in deep mines. In fact, it was a word fabricated by screenwriter David O'Malley, using the word "boogeyman" as it's root. 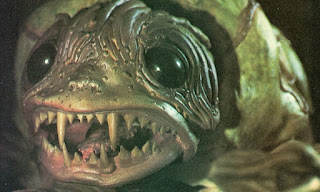