is filming tonight in my hometown of Newnan, Georgia at Newnan High School and Drake Stadium. I was able to get some pretty good shots as the crew was setting up they are supposed to be filming all night till about 4 AM and have advised local residents to please excuse the late night gun fire.
A few interesting things to note if you look at the school bus it reads King County Schools on the side which is where the series started out and where Rick Grimes was Sheriff, so it appears there will either be a return to King county of more likely a flashback to the events at the beginning of the zombie outbreak when Rick was in the coma. The other thing I noticed was there were 2 ambulances and 3 sheriff cars all clearly "movie" vehicles and not the real thing which further points to the flashback episode because there were certainly no EMS, police or ambulance services around when the episode left off. The one strange thing about the police cars is they were marked "Linden County Sheriff Dept." maybe a neighboring county to the fictional King county ?
Underneath the military style tents seen in two of the pictures was what looked like a makeshift field hospital with cots set up. 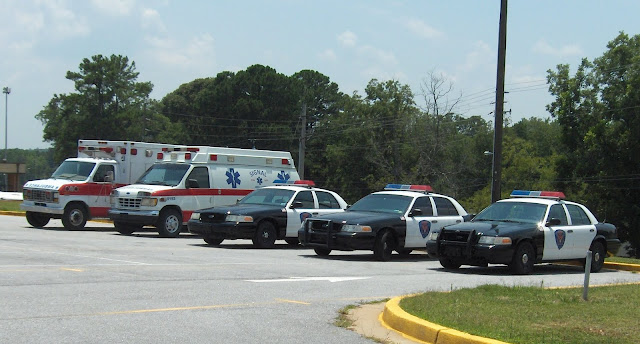 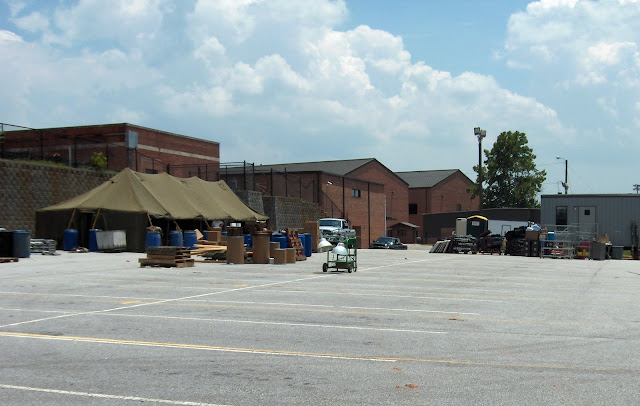 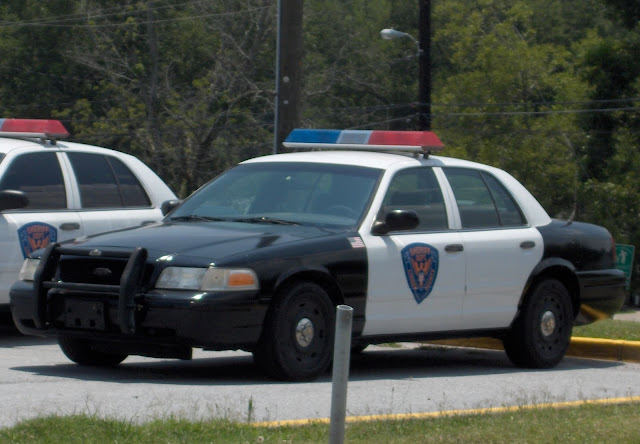 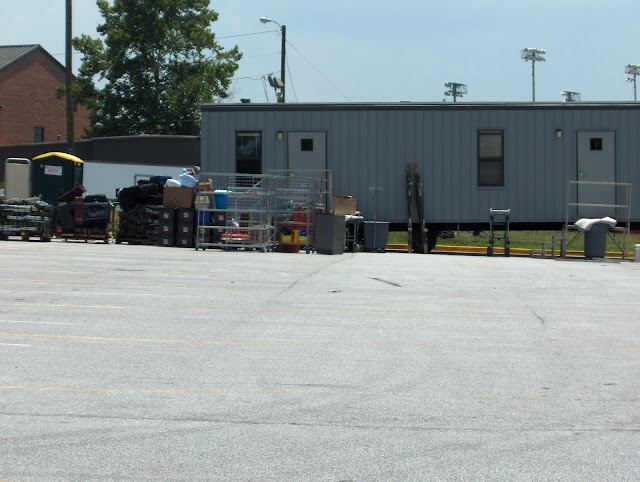 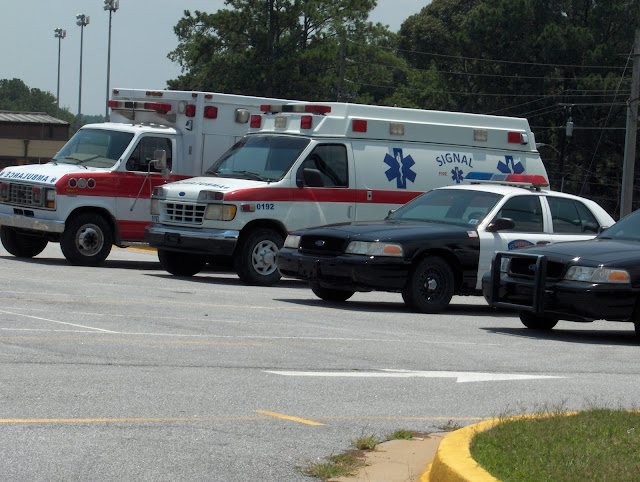 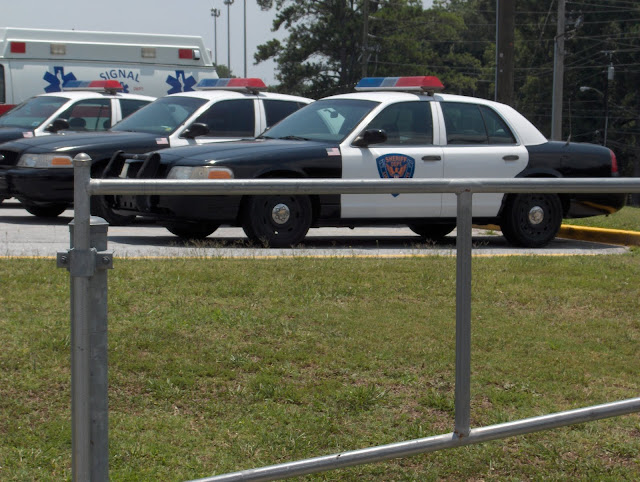 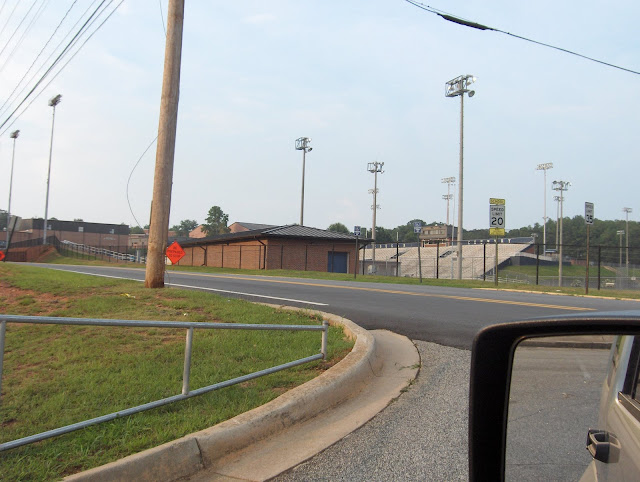 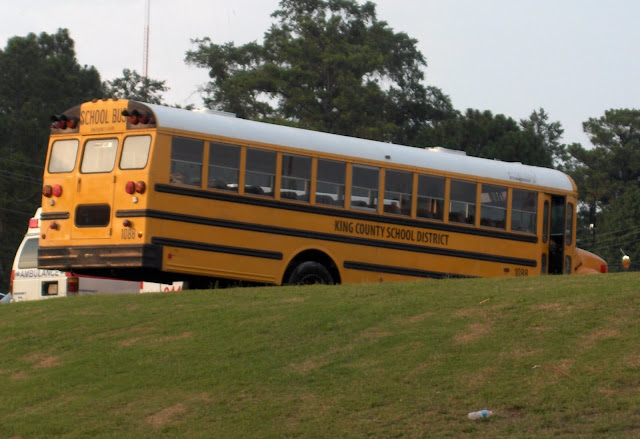 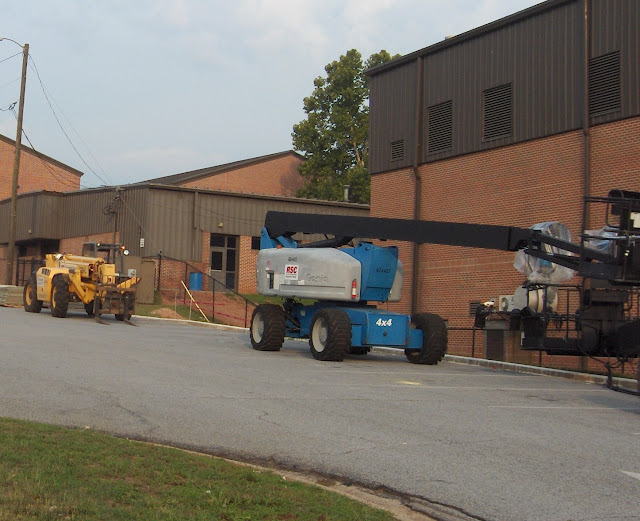 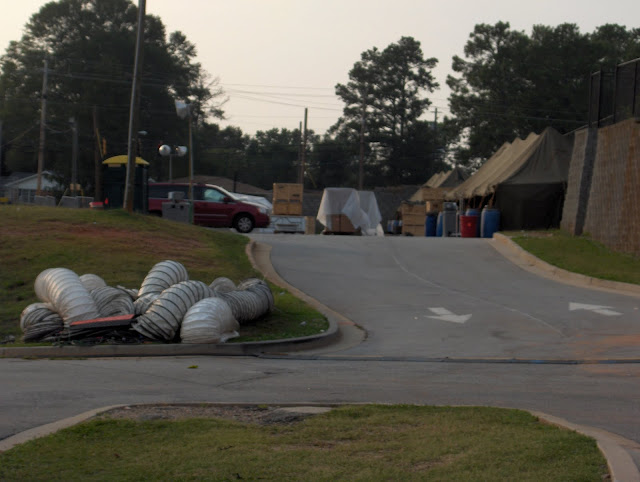 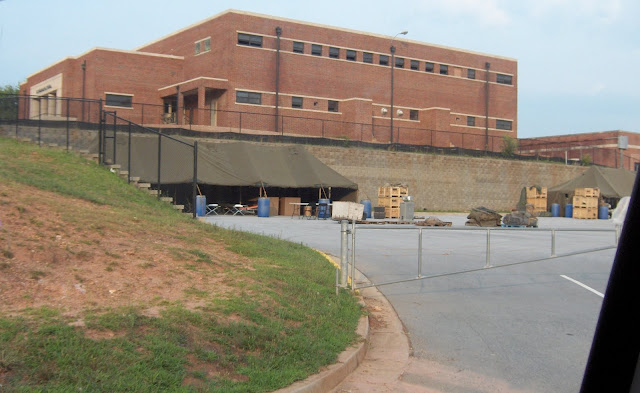