Finally, The Ray Bradbury Theater is back on DVD!!! This forgotten classic is a must for all anthology lovers (Twilight Zone, Night Gallery, Amazing Stories, Friday The 13th, Tales From The Crypt, Tales From The Darkside).


The Show began on HBO and showcased some high profile names from the 1980s. William Shatner, Jeff Goldblume, Leslie Neilson, Peter O'Toole, and Drew Barrymore to name a few. It was moved to the USA Network and apparently thrived enough to have been on until the early 1990s. Personally, I think the show would have been better off if it would have stayed on HBO because the early episodes are a few minutes longer and being on a paid movie channel they attracted bigger names. Plus, the original opening to the show with Ray walking around his office was a lot more atmospheric and creepy than the later episodes on the USA Network. This is a great series I only recently discovered and any lover of 80s Horror will love this series. This has to be my second favorite anthonlgy next to Tales From The Crypt. 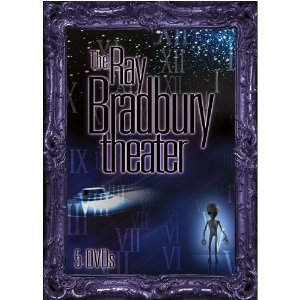 Complete Series Available From Amazon for Only $14.99