Watching Home Video Now vs In The 1980s 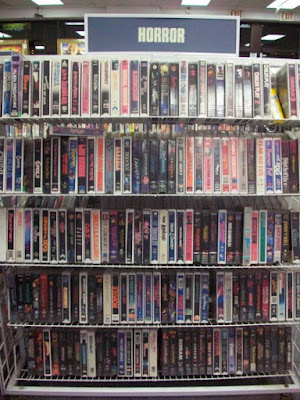 Sometimes simple is better. I think it is possible to have so many things that nothing is special to you anymore. Today I have unlimited entertainment options at my fingertips every time I sit down in front of the television. I have hundreds of cable channels many of them with not only syndicated programs but their own original series and made for TV movies. I have YouTube, Netflix, on demand, Amazon instant and countless other “virtual channels” like Popcorn TV and The Cult Network. I’ve got countless DVDs and a hard drive with my favorite TV and movies recorded. Despite all this I have no doubt in my mind that I actually enjoyed watching movies at home more when I had to go to the video store, pick out two or three movies based solely on their cover art and synopsis. We didn’t have cable TV or satellite dish. I had no choice once I had committed but to watch what I had rented. Nowadays I can watch almost anything I can think of any time I want to. The flip side for me is my attention span has diminished. I will end up flipping from one thing to another looking for something better. I end up sitting in front of the TV for three hours and not watched anything but bits and pieces of 10 different movies and TV shows! It’s like the all you can eat buffet in Vegas that has every food imaginable so you try to get a little taste of everything. You get bored with something just move on to something else. I tried to explain to another parent one time that if a child has too many toys none of them will be special to them, it’s just a bunch of stuff. Like a little girl with only one doll she will love that doll so much but to another girl with a room full of dolls it’s just another one in the pile.

I can remember watching Star Wars over and over and over again and in the same day! My older sister was house-sitting for someone who owned a CED player and about 10 movies. Star Wars was the only one that interested me. Fiddler on the Roof and An Officer And A Gentleman didn’t do anything for me back then. For those of you who don’t remember the CED player was pre VCR by several years. It was actually more or less an LP record with video and sound recorded on it, the machine actually used a needle to read the grooves etched on the disk. It was pretty amazing technology back then and I still can’t quite wrap my head around the concept. In the early 80’s the VCR came out and you could go rent any movie you wanted and take it home to watch it. You could even order movies from the comfort of your home through that glossy little Columbia House club catalog (allow 4-6 weeks for delivery). 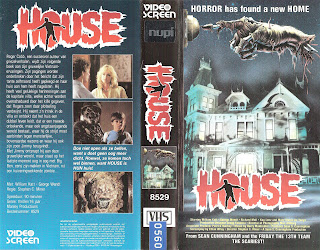 For me and probably most kids horror movie selection was all about the cover art. The artwork was like a part of the movie experience. Of course sometimes the cover oversold the less stellar contents of the movie. Browsing the video store was also a part of the fun. Or eagerly awaiting that little cardboard movie club box to show up in the mailbox. I was like Ralphie eagerly awaiting that secret decoder ring, checking the mailbox every day. One of my favorite Edgar Allen Poe quotes is “ Man's real life is happy, chiefly because he is ever expecting that it soon will be so”. Expectation and anticipation make things seem so much better when they finally arrive. Now it’s all about immediate gratification and the only wait is a few seconds watching that “Loading…..” bar. No commitment, If you don’t like it just move on to something else.

The sheer volume of content available seems to dilute it all somehow. Take TV shows for example. The big three were always battling it out back then but now we have countless networks churning out mass produced shows like an assembly line. There are hundreds of TV shows in current production at any given time. And call me old fashioned but there is just something not right about computer generated anything in a movie. All the wonder about “ How’d they do that?” is gone because you know how they did it! Don’t get me wrong I enjoy a lot of movies with tons of CGI but somewhere in the back of my mind something is just not right about it. Imagine Friday the 13th if Jason was just a bunch of computer generated pixels.

Maybe I’m just getting old. Maybe I’m just being nostalgic of my childhood, but I don’t think that’s entirely it. I think we are all becoming that kid with the huge pile of toys and none of them are as special or meaningful as when you only had two or three. There’s no going back now that the digital genie is out of the bottle. Luckily I can still pull a few of my old favorites out of the pile once in a while. Like a true friend or a comfy old sweater all my old 80’s Horror Movies will always be there for me. Nothing like a big hug from Jason Voorhees to make you feel all warm and fuzzy inside. Okay Jason , that’s enough…no really you’re cracking my sternum…is that a machete or are you just happy to see me. Oh no this was a bad idea……….