I haven't seen either of these yet, but they're in my queue, I have heard they are both must see ! 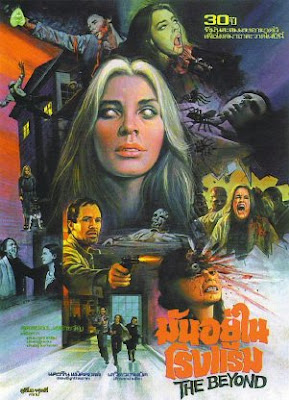 The Beyond (1981) Available Now
From legendary Italian horror master Lucio Fulci come the ultimate classic of supernatural terror. A remote and cursed hotel, built over one of the seven gateways, becomes a yawning malevolent abyss that begins devouring both the bodies and the souls of all who enter in a graphic frenzy of gory crucifictions, chunkblowing chain-whippings, eyeball impalements, sulphuric acid meltdowns, flesh-eating tarantulas, throat-shredding demon dogs and ravenous bloodthirsty zombies. THE BEYOND is a towering schievement in hair-raising, mind-bending cinematic terror! 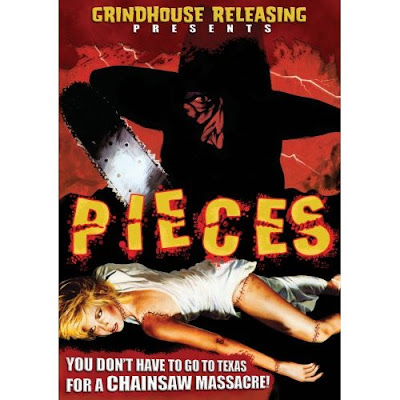 Pieces (1983) Releases October 28th pre order now !
GRINDHOUSE RELEASING is proud to present the first official US DVD release of the sickest and most violent of all the early '80s slasher movies. A psychopathic killer stalks a Boston campus, brutally slaughtering nubile young college co-eds, collecting body parts from each victim to create the likeness of his mother who he savagely murdered with an axe when he was ten years old! PIECES is a wild, unrated gorefest, with enough splatter and sleaze to shock the most jaded horror fan.
Email ThisBlogThis!Share to TwitterShare to FacebookShare to Pinterest
Newer Post Older Post Home